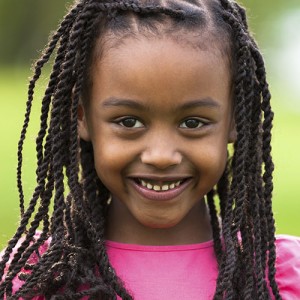 When Keeghan was five, her parents split up and she went to live with her mom and see her dady every-other weekend.

Soon after the split, Keeghan’s dad, Justin, noticed she was suddenly more reserved, not the bubbly, talkative little girl he knew. He assumed she was having a hard time adjusting, but his ex-wife asked him to give it a few weeks. Money was tight for the whole family, so he agreed.

Keeghan did seem to bounce back a little after a week or two, but Justin still noticed she was overly concerned with being “good.” He tried to tell her that he loved her unconditionally, but she would still get very upset if he expressed any anger or frustration. He also noticed she started having accidents when she was playing with friends, something she never struggled with before.

One weekend, while he was helping Keeghan get into her pajamas, Justin noticed a large bruise on her backside.

When he asked her how she got it, Keeghan wouldn’t tell him and started crying hysterically. Her mother explained the bruise away as the result of a clumsy child falling down the stairs and landing on her rear. Justin accepted the explanation, but not without noting it with concern.

The final straw came one morning when Justin got a call from school. Keeghan was extremely distraught when she got to school that morning. Soon after arriving, she had an accident and needed a change of clothes. The school wasn’t able to reach her mom, so they called Justin.

When he arrived, however, Keeghan was still beside herself.

It turns out her mom had thrown away all her toys because Keeghan had been playing with her dolls instead of getting ready for school that morning.

It turns out her mom had thrown away all her toys because Keeghan had been playing with her dolls instead of getting ready for school that morning. When Justin helped her change into new pants, he also noticed huge welts forming on the backs of her legs.

Justin immediately called the authorities. They opened an investigation into the whole family, and soon found that Keeghan’s mother was not handling the divorce well. She blamed Keeghan and was taking it out on her by being overly severe with her punishments.

The authorities ultimately placed Keeghan with her dad, but they also called in Children & Families of Iowa to help the whole family through the transition.

Children & Families of Iowa’s workers helped Justin see that it would be better for Keeghan if the whole family could work together and learn to trust each other again.

Children & Families of Iowa provided counseling for Keeghan to help her learn to express herself and understand that her dad’s home was a safe place to be. They also worked with her mom to teach her positive, age-appropriate, non-physical discipline and got her into counseling. They even helped Justin deal with his anger toward his ex-wife and find resources to help him provide a happy, supportive home for Keeghan so she could heal.

domestic violence Give to CFI